All branches are open with regular business hours except for the Star City Branch due to power outages.

The Southeast Arkansas Regional Library is committed to providing diverse services and programs to its communities in order to promote inspiration, information and recreation as well as lifelong learning through the provision of free access to cultural, intellectual, and informational resources

Linking Our Community to a World of Information and Opportunity. 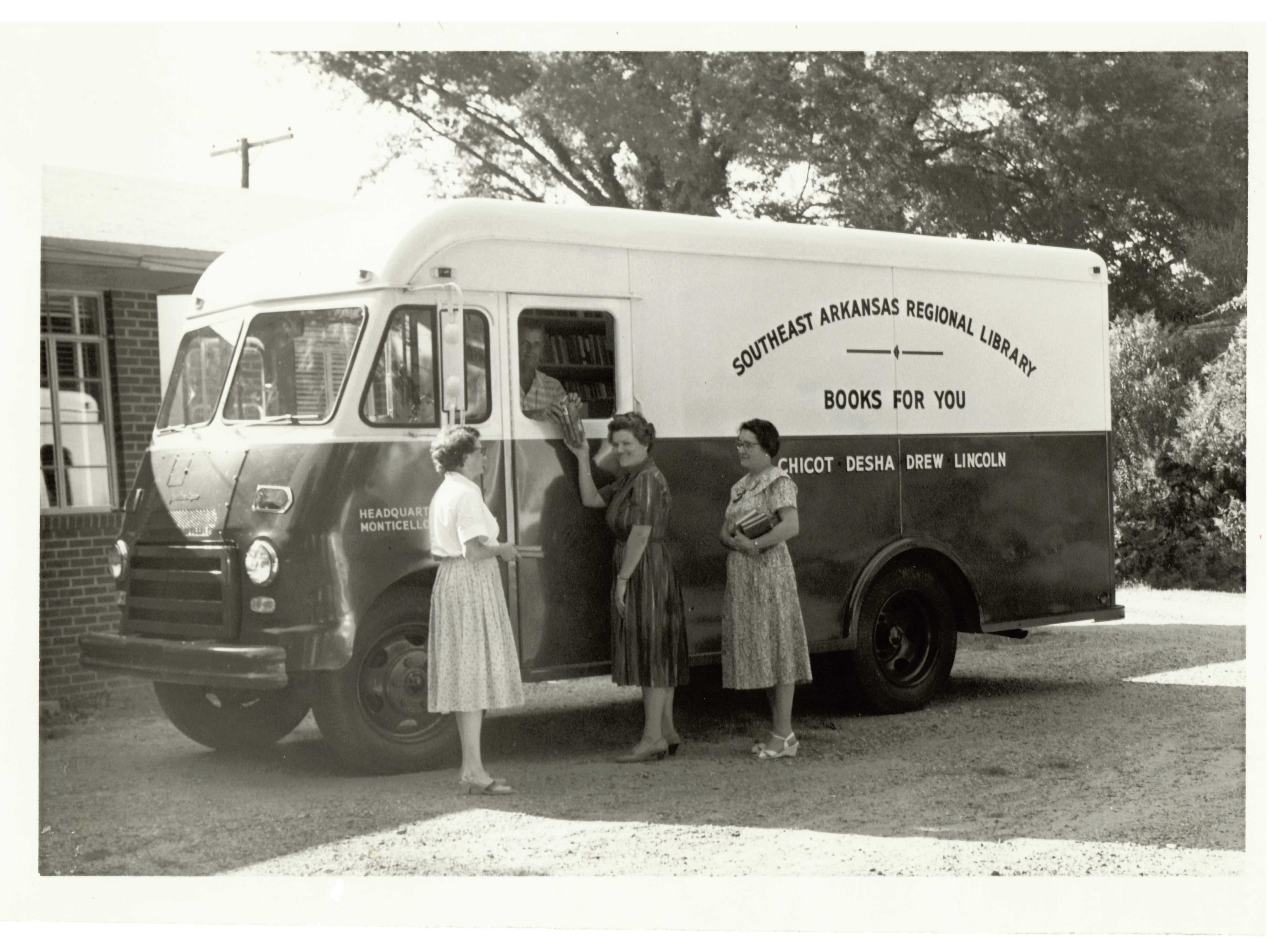 The Southeast Arkansas Regional Library (SEARL), serving Drew, Desha, and Lincoln counties was established in 1947, thereby becoming eligible for a regional library grant from the State Library Commission.   The Monticello Branch was chosen as headquarters for the Regional Library.  During the first six weeks of operation, approximately 7,500 books had been processed for the Regional Library and were ready for circulation, and over 2000 more were on order or waiting to be processed.  Bradley County, with its two Branches in Warren and Hermitage, joined in 1984.  In 1995 Chicot County rejoined the system, adding the Lake Village, Eudora, and Dermott Branches bringing total libraries to 15.

In addition to the issues of building a collection and housing it appropriately, there was the problem of making the collection accessible to potential patrons, particularly in the rural areas.  To this end, an important aspect of library services was the Southeast Arkansas Regional Library bookmobile, which began operation in late 1947 with a Ford panel truck converted for the purpose. From its headquarters in Monticello, the earliest bookmobile served schools and branch libraries in Lincoln, Drew, and Desha counties on a six-week rotation.  In 1957, a custom designed book truck with an interior tall enough to stand up in was acquired to replace the panel truck.    All services are supported by a local mill tax plus state and federal aid when it is available.

Today SEARL is composed of five counties and nine branches.  A shrinking budget, as well as declining library usage in some small branches, made it necessary to merge resources to better serve the populace.   But we are growing in other ways.  Our 20,000 square-foot facility houses the Southeast Arkansas Regional Library administrative offices, as well as the Monticello Branch library.

One benefit of a regional system is that the entire region’s collection is available to all the citizens of the whole region.  Thus, our smallest branch, which houses almost 5,000 books, can offer its patrons access to over 130,000 items.  There is no charge for the sharing, and materials are generally delivered within a week by our van service.  Large print books, DVD’s, and audio books are circulated among the branches through our rotating collection system.  Our outreach service also delivers a constantly-changing supply of large print books to 12 nursing homes and assisted living centers. This material is delivered by our express van and rotates between the facilities every few months. In 2018, SEARL was one of seven library systems who decided to band together and form the Arkansas Digital Library Consortium (Overdrive) that now is made up of over 75 libraries from around the state.